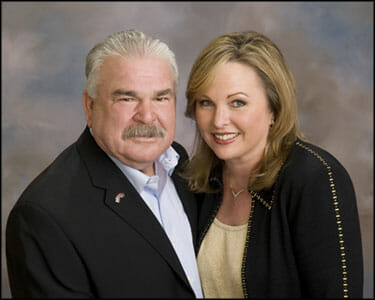 A man who trained dogs for a living

In 1985 Karen met and later married George Duet who was U.S. Army Retired (Special Ops) and had been involved in the K-9 program and had been Kennel Master at Ft. Benning GA in 1965. Together they began to study French Ring Sport (Obedience, Agility, and Protection) and brought one of the first trainers from France to California as an ambassador to the sport. After training her Belgian Malinois “Nana” in both French Ring and Schutzhund (Obedience, Tracking, and Protection) Karen wrote her first book: The Home & Family Protection Dog, followed by her next book The Business Security K-9 in the 1990s. Later in 2000, she was asked (by Macmillan Publishing-Howell Bookhouse) to pen the book Advanced Schutzhund which was nominated for a Maxwell Award for excellence in writing. Later she penned the book Dog Training 101 as a manual for her training staff (that had increased to 19 employees) and for her student dog trainers in the Dog Trainers Course offered by K-9 Companions. Her most recent book (title to be announced) is about the business side of dog training. This work and the new online dog trainers course will be available in late 2021-2022.

In 1992 George and Karen graduated from The Executive Protection Institute in Berryville Virginia and were certified as Personal Protection Specialists. This was a logical next step for them as they had been asked to use dogs professionally in the protection of celebrities, executives, and dignitaries.  Since George had been involved in security while in the military the marriage of K-9’s and Executive Protection seemed logical.  For the next 20 years, a side business for the Duets was providing protection for dignitaries, corporations, and celebrities on contracts that spanned anywhere from one day to several years in length.  The Duets provided Force Protection for the US Navy with an explosives detection K-9, Narcotics and Explosives Detection for a television studio for over a decade, daily corporate security for a major US Corporation over a 5 year period, and many celebrity and dignitary security jobs over their 20-year career in the industry. 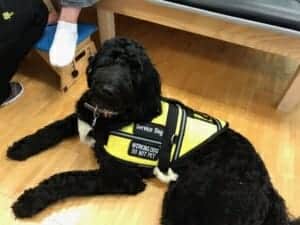 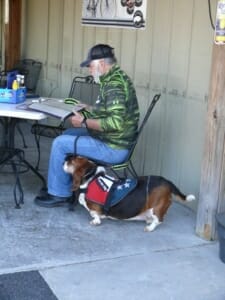 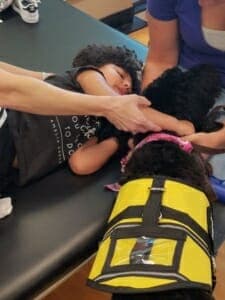 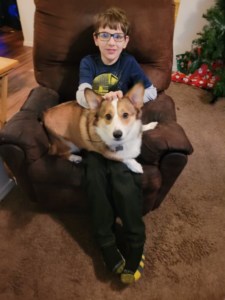 In 2016 George and Karen moved permanently to Mt. Juliet Tennessee. They determined that at this stage in their lives they would create a very exclusive K-9 training boutique. The totally indoor state of the art facility located on Old Hickory Lake, is secluded and offers the clients beauty and privacy along with one on one attention. Celebrity clients enjoy a private atmosphere where they can relax with their dog and learn training in peace and privacy. Service Dog and Therapy Dog owners can enjoy the same privacy and one on one service. Dog runs are state of the art stainless steel on epoxy flooring with central air, heat, and air exchange system. The dogs listen to country music from some of their famous clients and can train indoors in the training room in comfort no matter what the weather is like outside. The runs can accommodate the smallest to the largest of dogs. Yes, family dogs are welcome too! Advance reservations are suggested as this facility is uniquely, and purposefully small with only 10-12 dogs being trained at one time. This helps to keep dogs free of virus (because of the small numbers) and also allows for plenty of time without stress while the dogs are being trained by Karen and her beautiful young assistants.